Reception have had some amazing learning adventures this term. On returning from the half term holiday, the children discovered a crater in the school grounds that proved to be a meteorite crash site. Shortly afterwards, a strange sphere was spotted in one of the classrooms, and a few days later a cape and mask were found next to it. The children thought that the meteorite must have contained a superhero. 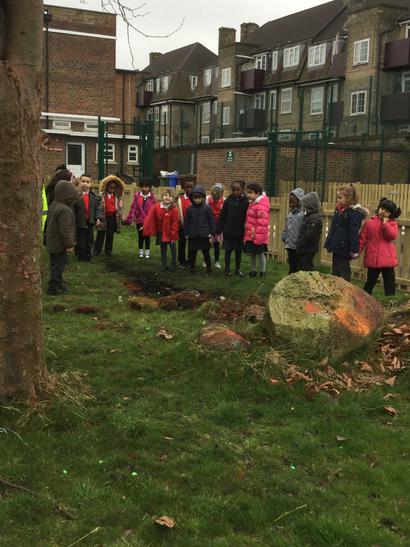 Penguin Class talked about what they already knew about superheroes and discovered new ones in shared class books. Then Penguin Class used the role play and small world area to act out some things that superheroes do, dressing up as a favourite superhero for World Book Day and telling each other about their superpowers. Finally, the children researched some information about the Earth, Moon and Sun, and then made drawings of a planet they would like to live on. 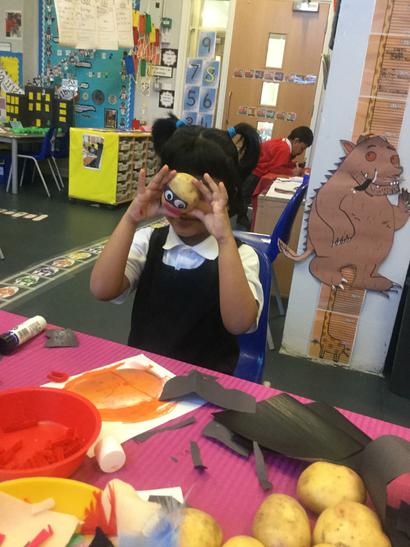 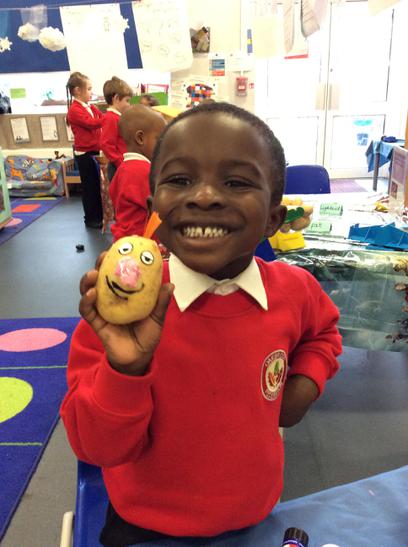 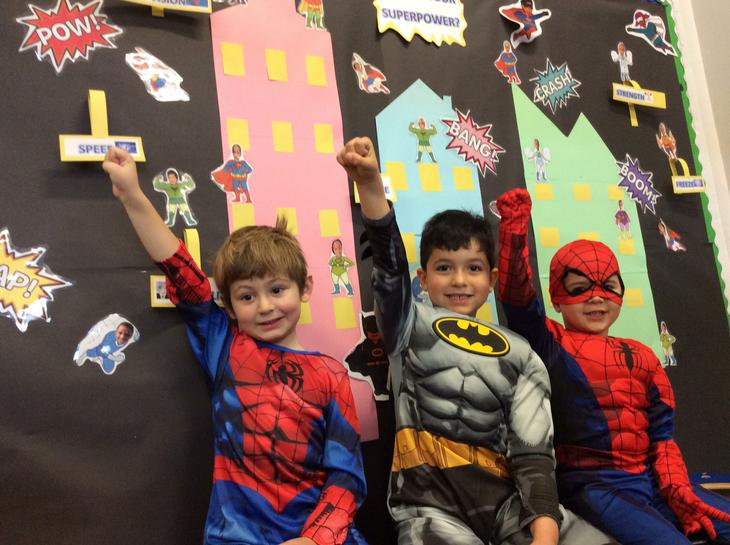 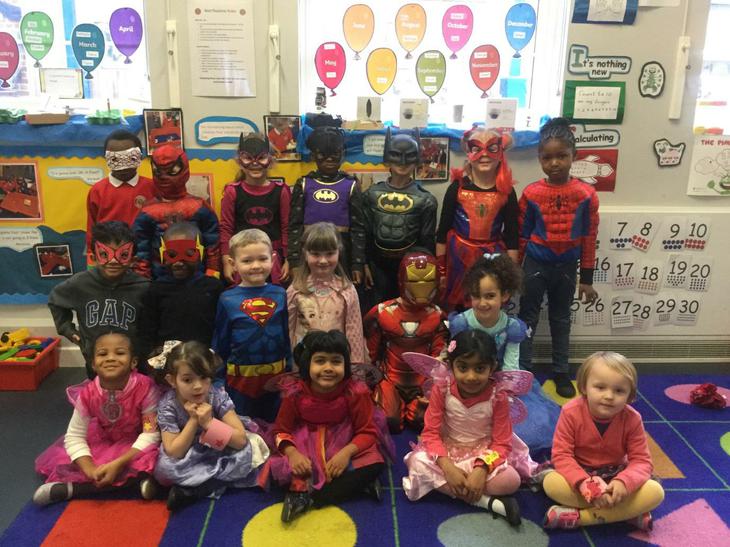 The children worked with partners in Year 5 during Science Week, looking at the changes in nature and thinking about why they were taking place. 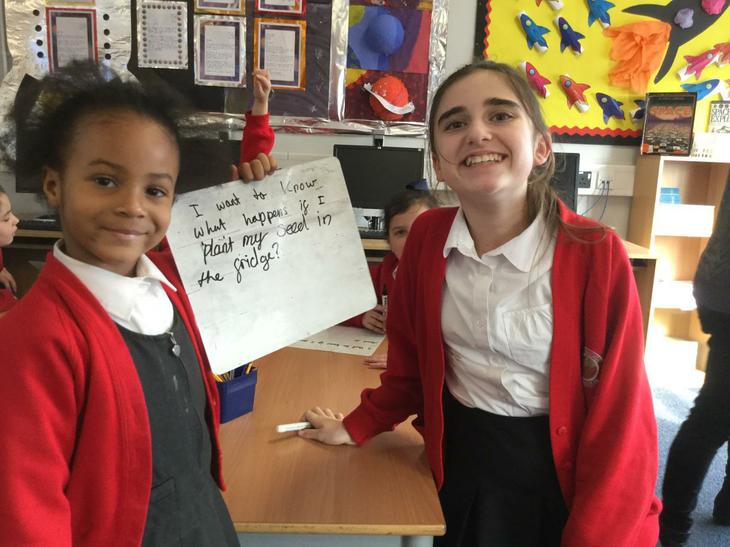 They investigated flying and gravity... 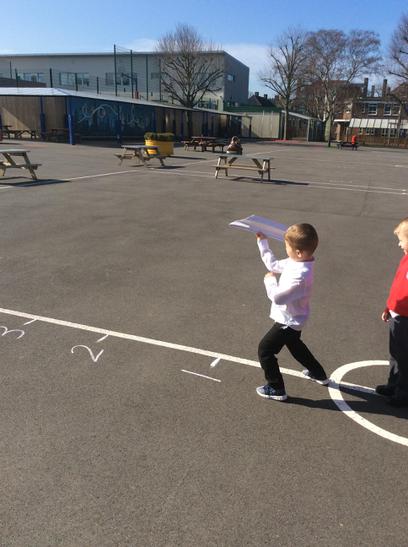 ...and combined maths with science to find out about distance, friction and CARS!!! 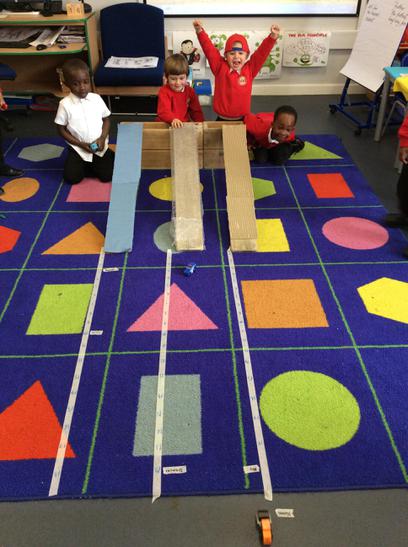 Reception have been working on learning their double numbers. 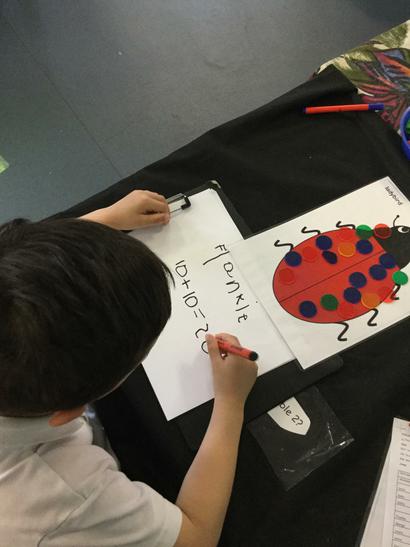 They have also been comparing sizes of things during Science Week. 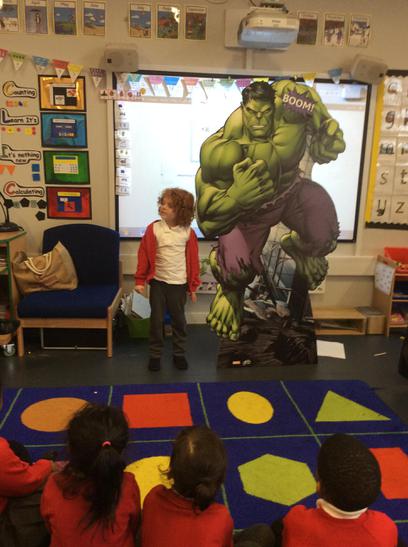